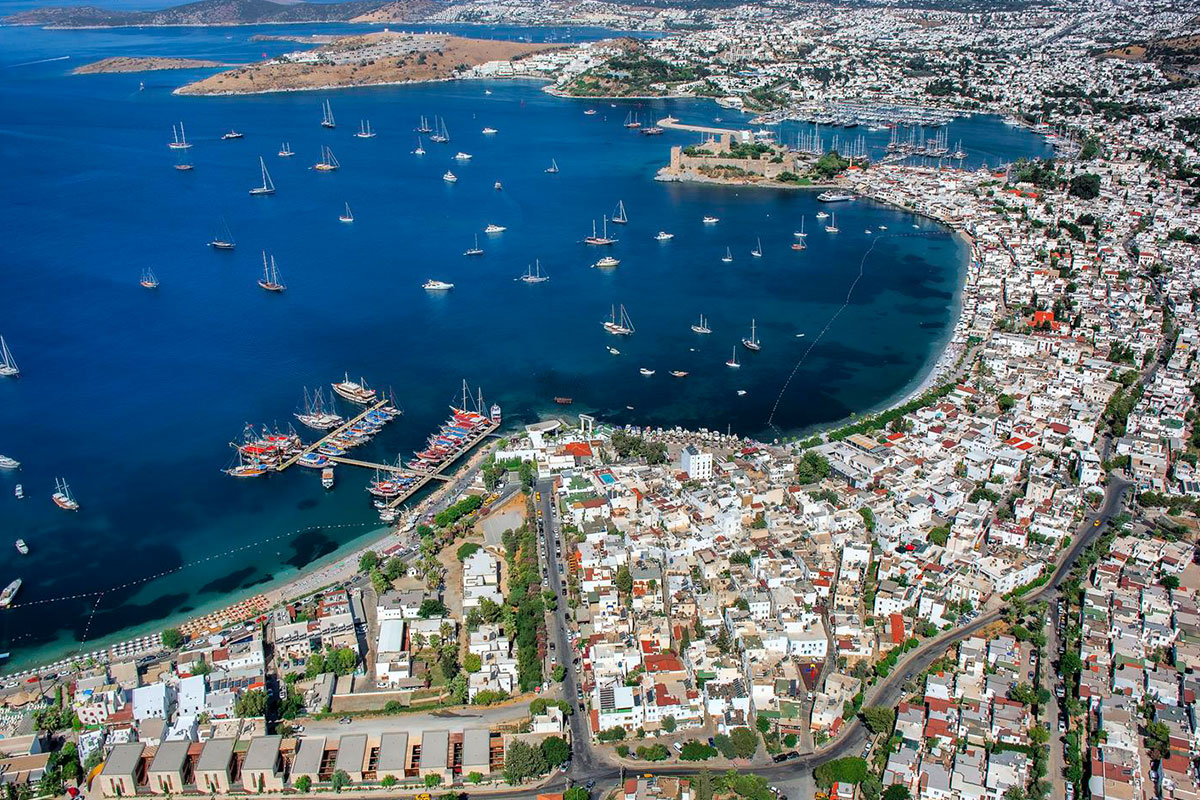 Bodrum is a peninsula filled with the history of settlements for thousands of years and is the birthplace of Herodotus, the father of history. Many nations has left marks of their civilizations as an inevitable result of the strategic position. Every corner of the peninsula is full of Carian, Byzantine and Ottoman artifacts.

Halicarnassus was the second capital of Carian. The most magnificent of the 7 Wonders of the world was built in this city. Although there are not much left of it,  the term from the literature monumental tomb; ‘’mausoleum’’ exists on every geography.

Standing with all of its beauty, every stone of the Bodrum Castle is the history of Mausoleum. The Castle is a place where thousands of tourists come to see every year and contains the largest underwater archeology museum in Europe. Leleg cities, where archaeological studies have not even started, are the hidden treasures waiting to be discovered in the summits of Bodrum.

The first few things we imagine when we hear the word Bodrum is the famous white lime-covered stone houses with indigo blue doors and windows, the bays and the warm and peaceful people. Bodrum is  a warm city like summer during 6 months of the year, a place where many poems and song were written for and is one of Turkey’s most popular holiday destinations

Bodrum is seen as a place to relax all year round. Has a  texture where you can stay alone when you want or mix in the crowd when you feel like. In these aspects the city answers to many different requests.The number of people who spends a few months in Bodrum every year is as high as the local people of Bodrum.

The most beautiful living spaces are waiting for you to start a new life in Bodrum: 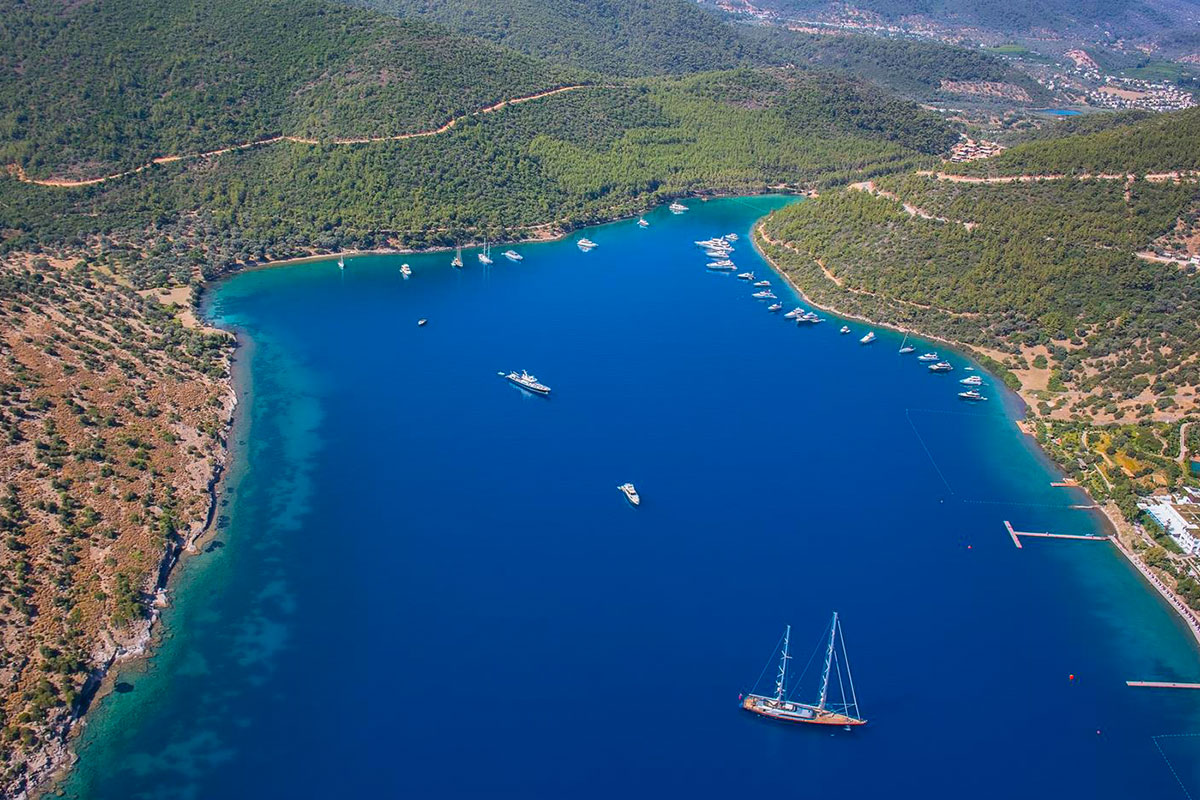 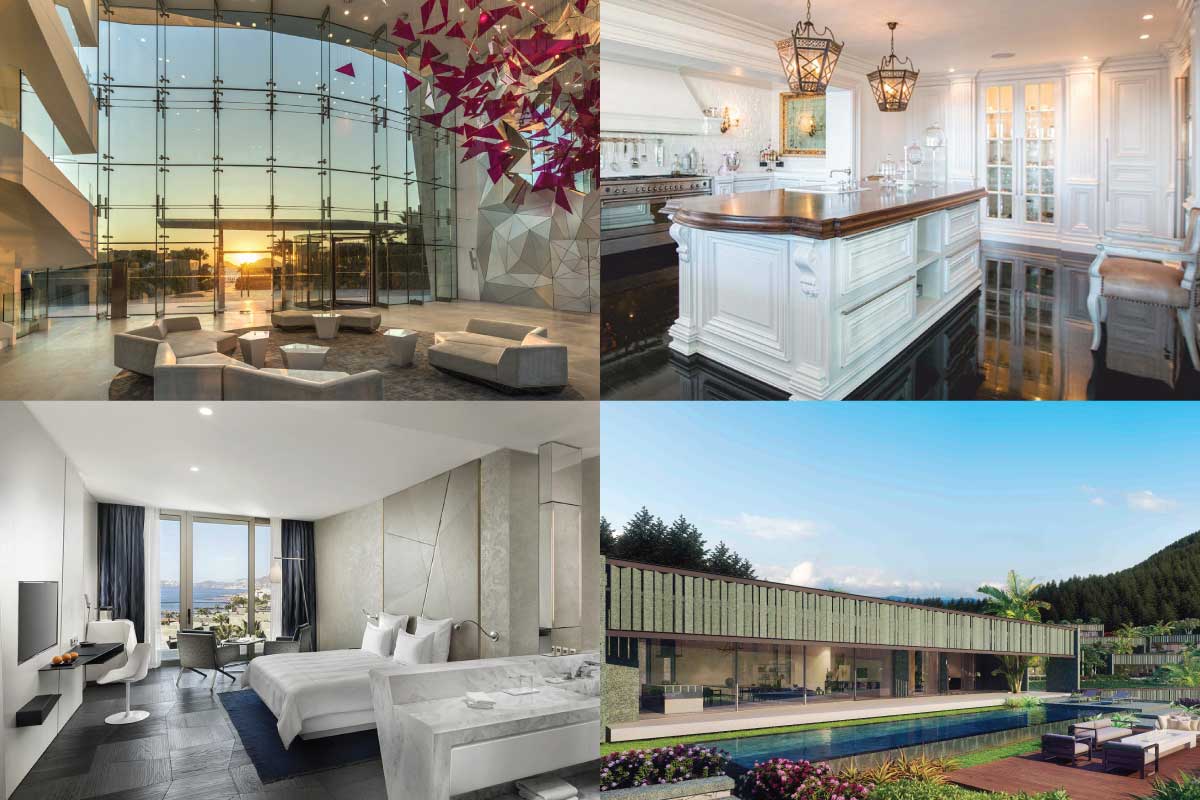 CDW Design  The Architect of Your New Life

CDW (Contemporary Design Works) was founded in 2008 by Pınar Irmak Çağlar and is a leading architectural model with its contemporary and traditional details.

The basis of the philosophy of the designs are to create long lasting places that are appealing and are striking while being functional and coherent with nature.CDW aims to make a difference and to lead in the sector with the projects they work and has succeeded in preserving the originality while creating modern projects.The portfolio of CDW, contains original designs that blends modern and classic in the most beautiful way according to the needs of the project. Delivers all the projects with their designs. CDW has been involved in numerous villa projects, office projects and hotel projects.

BODRUM IS A SEA

When you think about the Summer you think of the Sea, when you think of the Sea you think of Bodrum and when you think of Bodrum you think of the white houses… Bodrum is a wonder of nature, a place that has the marks of the past years, where the sun shines more bright and where the natural beauties are inherited to all of us as a whole. Mazı is a charming coastal village with coves that have managed to stay untouched in Bodrum. Don’t let the name black (kara) trick you. Bodrum Kara Island, originally is surrounded by bright green pine trees. This is the place where green and blue meets with harmony. Aquarium Bay is a breathtaking natural beauty and has bright, crystal clear water. The turquoise-colored sea, the fascinating view of Aspat Bay feels like a warm affection. Camel Beach has a beach that seems like it reaches the eternity and the lilies are one of the few of the kind in the world that appears among the sands. Bardakçı Cove is 7 minutes away from the center of Bodrum and is also known by the name of one of the most frequent regulars, Zeki Müren. This bay has one of the most beautiful views you can encounter in Bodrum and will welcome you with the cold but immaculate waters. In order to enjoy the sea, is best to prefer the beaches of the private businesses spread over the bay. Quiet and Calm: Torba Bay, if these two words sums up your vacation you are in the right place. Torba Bay is 6 km from the city center and is one of the most tranquil bays in Bodrum. Especially if you don’t like the wind and the waves, you will enjoy this bay. This place also has a different type of forest texture in Bodrum.The trees here are long and lush. “How do we say that a sea is beautiful’’; We say that the water is calm or the water is the colour of turquoise. The Kargıcak bay is just like that. Cennet Bay is an overly beautiful Bodrum bay where the forest and the sea meets in harmony and is not surrounded by businesses over the beach. We would like to remind you that every bay in Bodrum has its own beauty and you should see them all such like; Turgutreis, Kadıkalesi, Gümüşlük, Akyarlar, Karaincir, Aspat, Bağla, Kargı Bay (Camel Beach), Gümbet, Bitez, Göltürkbükü, Cennet Bay, Yalıkavak, Gündoğan, Güvercinlik, Güllük. 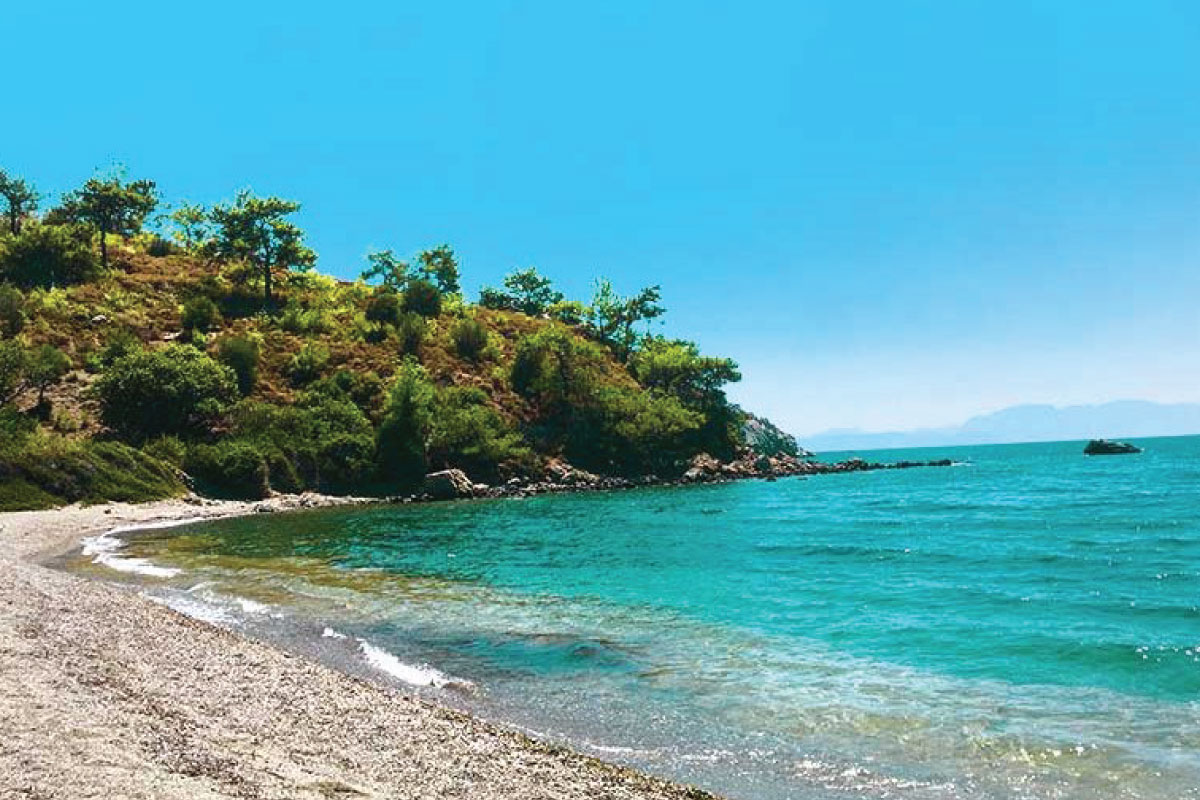 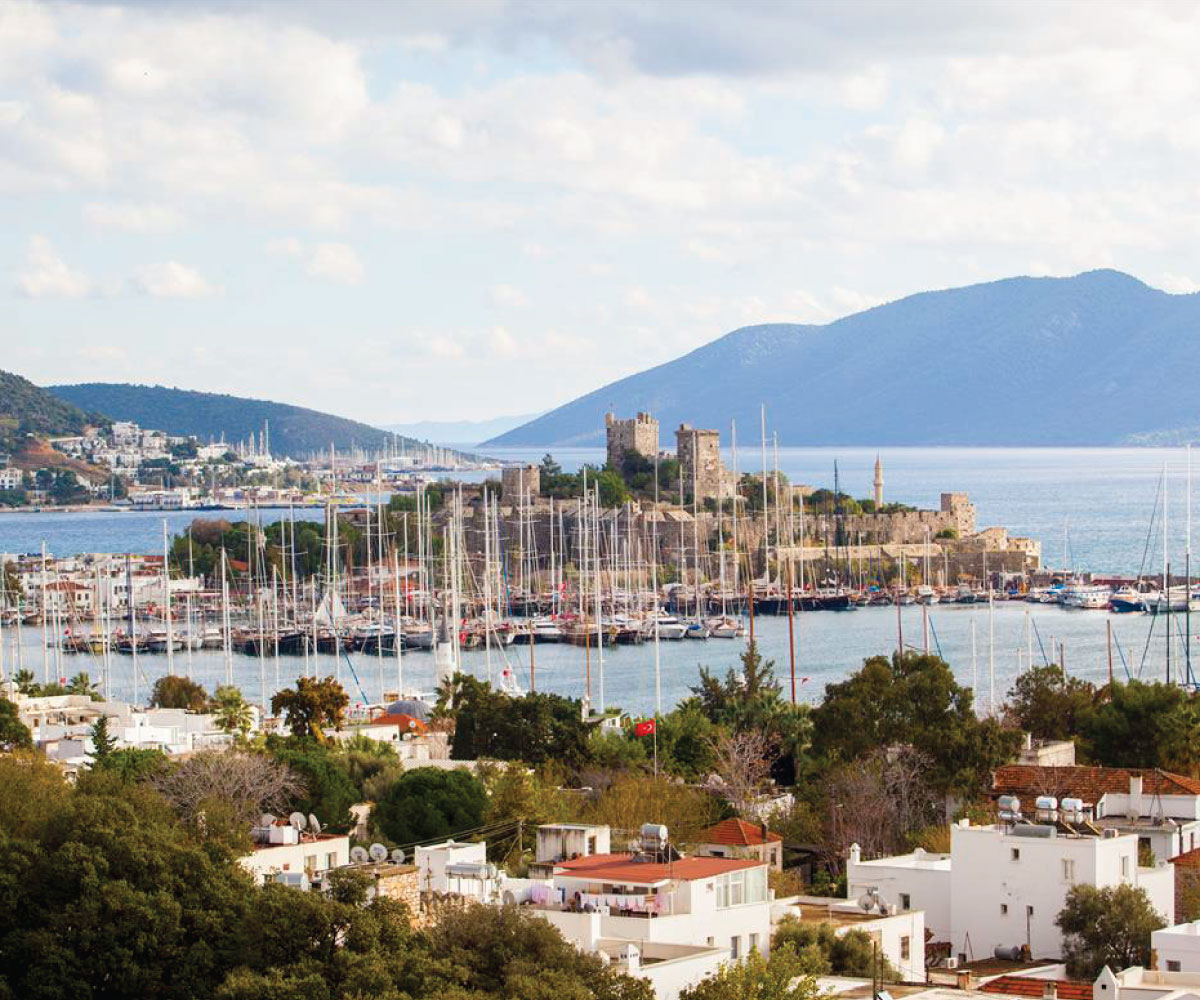 Bodrum Castle is one of the most important symbols of Bodrum and is located in the center of the city. Bodrum Castle was built by Saint Jean Knights on a rock between two harbors in the 15th century. The Bodrum Castle was built in a square plan and there are towers named after various countries. These towers are; The French Tower, The Italian Tower, The German Tower, The Serpentine Tower and The English Tower. There are crests of different animal figures on every door of the 7 gates of the Bodrum Castle. The Bodrum Castle, has a magnificent architecture and has 14 cisterns, blockhouse of the castle, the Tughra of II Mahmut, the suspension bridge and the water trench creating a fascinating beauty.The Bodrum Castle, which has survived to the present day; serves as the Museum of Underwater Archeology. The Museum of Underwater Archeology is the only underwater museum in Turkey and under water works are exhibited in the museum. In particular, the Eastern Roman Wreck, the Glass Ship, the Uluburun Wreck, the Coins and the Jewellery Hall, are exhibited in this museum. Bodrum Castle is open every day except Monday.

The ancient theater is in Göktepe in the center of Bodrum, on the Bodrum-Turgutreis road. It is one of the most important historical monuments dating from the Hellenistic period and Halikarnassos in Bodrum. The ancient theater, has 53 rows and 13,000 person capacity, consists of three main sections: Skene (stage building), Orchestra (half round) and Kavea (seating levels). The building has a long rectangular structure and there is a door at each end for the actors to enter.

The Bodrum Ancient Theater was organized as an open air museum after the excavations in 1973.

The Sun shines brightly over your soul in Bodrum. Makes you feel like you were reborn, you find yourself with new hopes. When you hear the word Bodrum the first things that it reminds you are the sea, the sands, the sun and of course the entertainment venues… Is there anyone that is not impressed by the visual feasts of the red light beams? The sunset in Bodrum is beautiful from every aspect. The sun, splits the horizon, sets with the messenger of new hopes at dusk and leaves the sky at night for the stars to shine. By the time we could enjoy the view fully, the sun disappears and has gone to illuminate other lands. 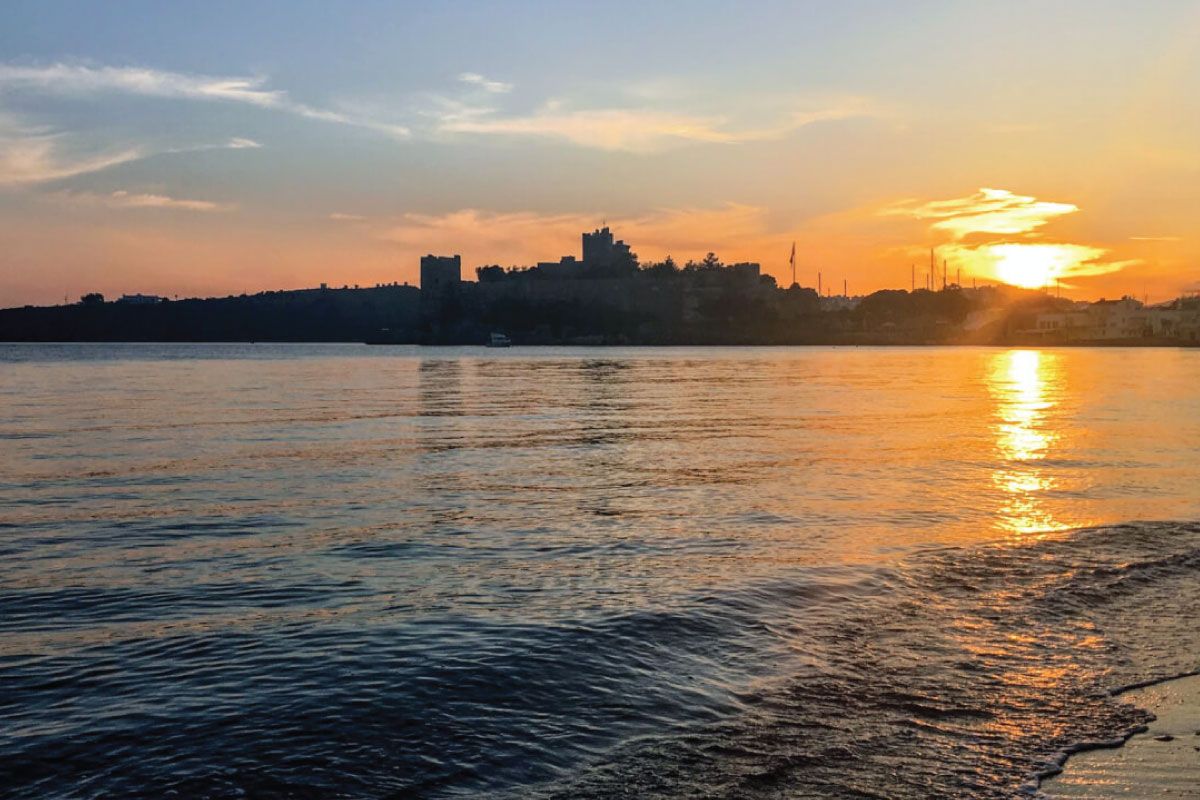 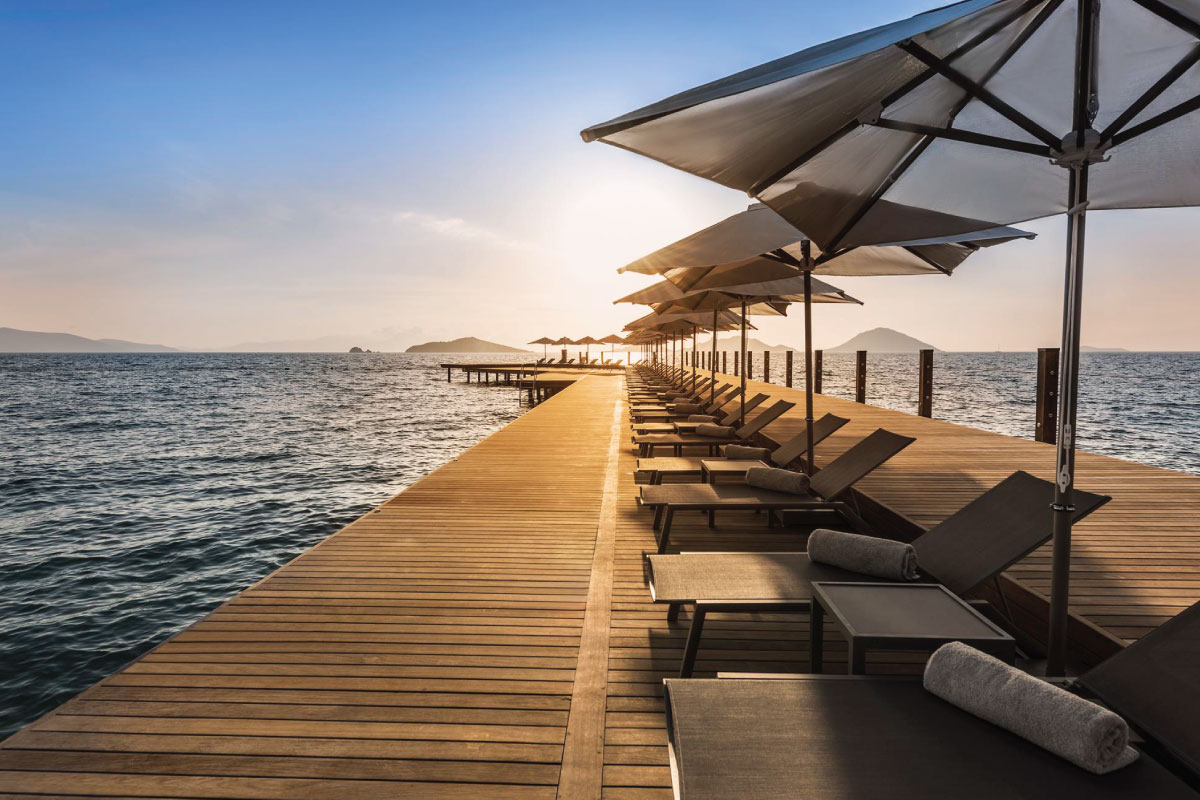 Bodrum addresses to such a wide range, perhaps you want a hotel with an all-inclusive concept or to be in a deserted bay to relax. That’s why we will give accommodation suggestions in Bodrum for everyone’s taste.

Swissotel Resort Bodrum Beach  is  located on the coast of Turgutreis, with the world-famous sea of Bodrum, international art and sports events, the sunset inspired the literary masters, dynamic nightlife and the Swiss service concept and Turkish hospitality combined to offer you an energy-filled and relaxed holiday experience. The hotel is  built in two-storey as a Bodrum tradition, the rooms with garden and sea views comes with luxurious and striking interior design for comfortable solutions.

When you hear the words sea, sand, sun and entertainment, only one place comes up in your mind; Bodrum. In Bodrum you can enjoy every second of the day but the night life is even better.

18 April Thursday Night a first is happening on the stage of  Mandalin; Abur Cubur Show 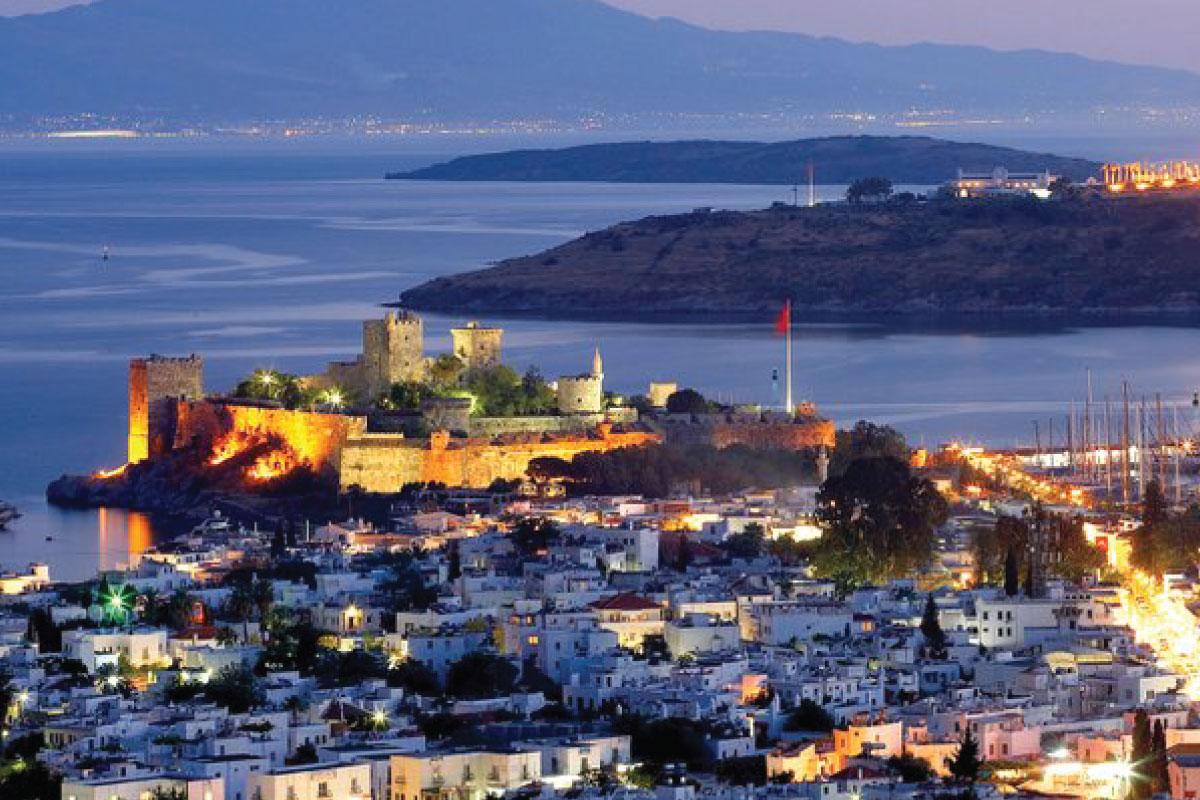 Bodrum is the blue side of this country, the heaven part. So where to eat, what to eat at Bodrum? Where to go?

Panorama Pasanda Restaurant, A place hosted many of my good memories, has a landscape terrace that can enchant anyone. A hidden heaven in Geris village

A paradise in Turkey where green meets blue! Houses decorated with bougainvillea and lilies, streets filled with the smell of flowers…

For more information about Çağdaş landscape and plants 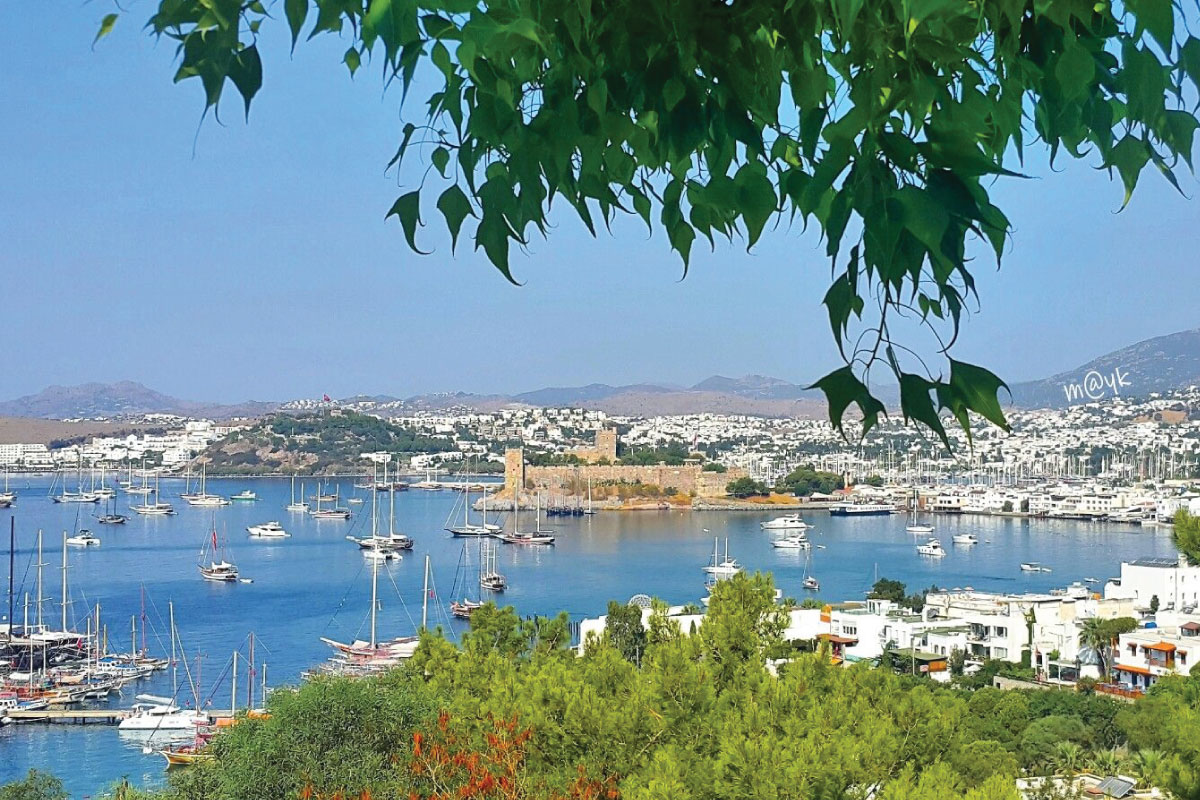 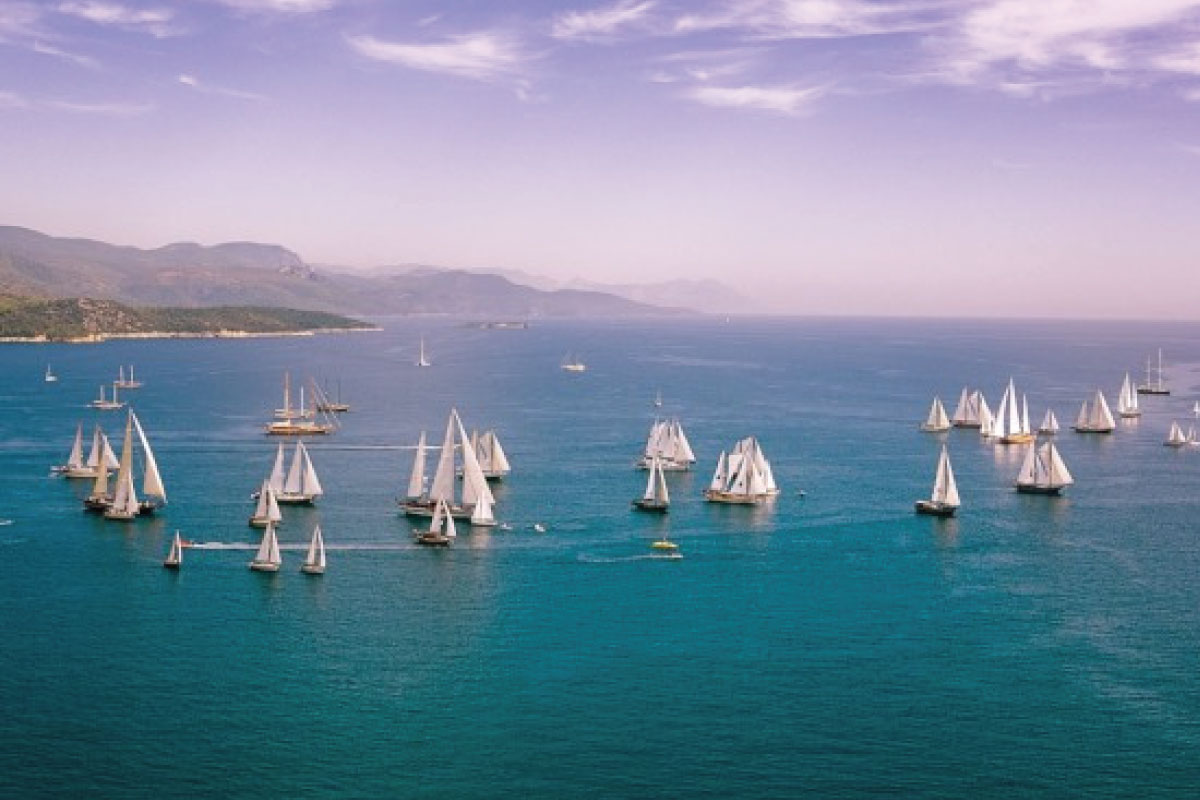 It is so much fun to do sports in Bodrum. As long as you know what you want and what kind of sport you want to do! ..